Managing Remote Teams: How To Get It Right 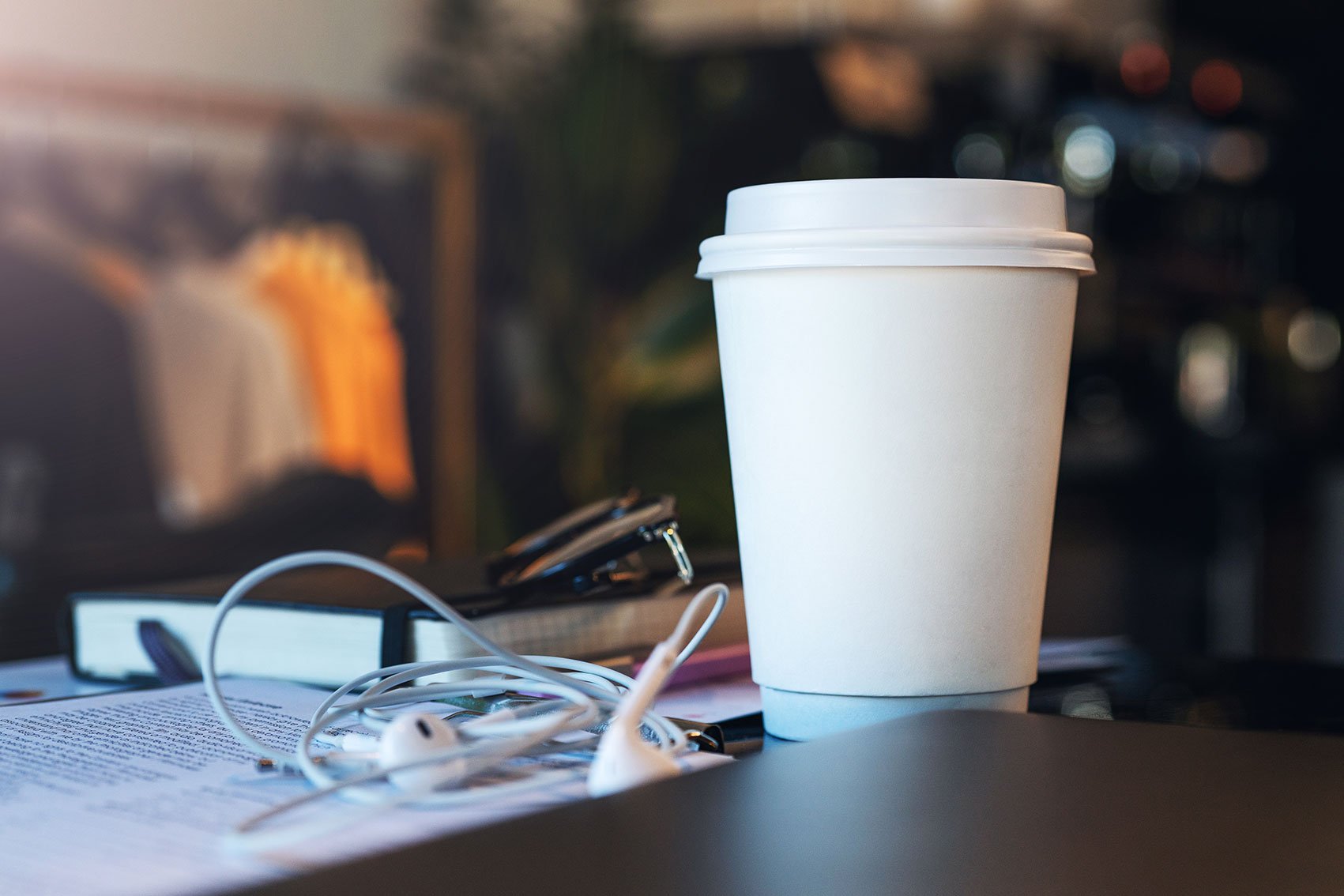 Cast your mind back to any time before March 2020 when we lived in a world where the notion of full-time remote working was still very much in its infancy. Businesses across the globe who were embracing this more inclusive way of working (like us, who are fully remote and so don’t get to physically see each other very often) were still working out how to create and maintain a positive, healthy and productive work culture. Then, bam: coronavirus, and Boris Johnson’s incredibly ‘cloudy’ instruction that “you should work from home if you can, and only go to work if you must”.

This year has turned the business world on its head and launched millions of employees across the UK alone into the unfamiliar world of remote working. And they’re the lucky ones.

Unemployment has sadly risen sharply, but 23.9 million Brits – a whopping 60% of the UK adult population – are now working from home, 26% of which plan to work from home permanently once the dark COVID cloud has cleared.

This is of course great news in one sense – thanks to the rapid development of modern tech, home working environments are becoming easier to set up and, thanks to a massive choice of easy-to-use cloud computing software, are accelerating with regard to productivity faster than ever before.

In fact, two recent surveys both found that around two-thirds of employees say they’re more productive when working from home, which must be in part due to the fact that we can all remain constantly connected by instant chat and video calling. As anyone who’s ever worked in a call centre can likely testify, there’s little creativity or connectivity roused from being cut off from fellow employees in separate cubicles like animals on a farm, and people are starting to wake up to this. But what about the big bad bosses in all of this; it’s one thing to become a remote worker, but surely it’s another thing entirely to manage a team of them.

As a manager of people, instinctively it’s very likely you’ll know what to do – we are sociable creatures and like to feel both nurtured and connected, but it’s important to separate human connection from professional support. Some remote work management strategies  will merely scratch the surface while others will make a noticeable, sustained difference; here’s our list of essential dos and don’ts.

DO: Check in daily

Any remote manager worth their salt makes time to check in daily with their staff, which can be done one-on-one if your employees work independently from one another, or on a group call if the project or task that day is collaborative. Be careful to avoid overfamiliarity though, this is not the time to spend an hour discussing last night’s Great British Bake Off drama (although a few minutes of choux bun-talk is fine) – the key to a successful daily check-in is regularity and predictability and its primary function should be to offer employees the opportunity to raise any concerns or ask any questions and know that they’re being heard.

DO: Mix up your communication tech

How you communicate and when is a crucial crease to iron out as soon as possible. Taking face-to-face chat out of the equation allows managers to communicate with their remote team a fair few ways – email, phone call, text, video chat, group chat, direct chat – and establishing which channels are to be used for which purpose puts everyone at ease. These days we have access to such a rich tapestry of clever tech that emails are taking a back seat and you can’t beat video calls for an alternative to face-to-face or video conferencing for group chats – non-verbal communication is so telling when it comes to how a person is doing and can really help with identifying any remote employees that may be feeling a little isolated, and it’s far easier to handle complex or sensitive conversations when you can see who you’re talking to.

Firstly, nip any uncertainty about what should be said, where and to whom in the bud. Questions about work that only concern you and one other team member should be saved for direct chat messages, file sharing taken care of by your chosen file storage and synchronisation service, and anything #properserious – legal, confidential, HR – for email. Have all of these open during the hours that you’re expected at work and everyone’s always in the loop. Secondly, expectations aren’t one-size-fits-all things and one of the main benefits of remote working is that it allows management to embrace the notion of flexible working for all employees. A parent of two children is likely to have a different daily schedule than a childless twentysomething just as much as an early bird’s most productive hours will differ from a night owl, so have an open conversation about working patterns from the get-go; if clear expectations about hours worked and output are set early then there’s no reason why employees shouldn’t make this work around their other commitments.

Do: Make time for fun

There’s nothing like a dose of good old-fashioned fun to get your creativity flowing and reignite your corporate spark, and just because you’re not together doesn’t mean you can’t find ways to have a laugh. Start meetings by sharing funny stories, hold a monthly team quiz, organise activity-based away days (socially distanced and in groups of six or less, obvs; or, better still, just wait until we can actually act like normal non-mask-wearing humans), hold baking or project idea competitions and, crucially, organise more social events and staff nights out; a free G&T is a guaranteed was to loosen lips and get everyone to contribute ideas on how you can make your business happier, better and more gratifying overall.

DO: Step up the support

Never underestimate the importance of a regular team huddle – a virtual group hug, a weekly get together, a thrashing out of hopes and dreams – call it what you will, but a mandatory meeting via video conference on the same day and at the same time each week is the glue that binds the collective positivity of a remote workforce. The closest you’ll get to a chat over coffee, it’s not just a brilliant way to talk about what everyone is working on and discuss any decisions that may affect the whole team, but it also reiterates the importance of open communication. Reactions, facial expressions and humour are effective body language tools and people observe body language almost as much as they listen to words being said; recognise what makes people tick and you’re already building a close-knit system of support.

There is a massive difference between checking in and micromanaging and yet a very fine line too, and trust is the deal breaker here. Employees need to know that their boss has every faith that they’ll work just as hard at home as they would do under the watchful eye of an office, so don’t check in unnecessarily or to keep asking if x, y or z is finished yet. If their hours slip, their productivity takes a huge dip or they start missing deadlines then of course step in, that’s your job, otherwise trust in them that this won’t happen to avoid any awkwardness.

One of the best things about working in an office is hanging out by the printer/photocopier/water machine catching up on the weekend’s antics; just being in close proximity with colleagues is something that people who aren’t used to working from home will definitely miss at some stage. Evidently, research throughout the pandemic has shown that loneliness is one of the most widespread complaints among employees who’ve been suddenly torn away from the social side of office working, specifically extroverts which needs little explanation (although I’m sure an extrovert would be happy to give you one. At animated length). Fair enough, remote working doesn’t allow for face-to-face catch ups over a cuppa, but you can replicate a good goss in the world of remote working and this should be encouraged; a bit of small talk in a conference call or lending someone a virtual shoulder to cry on when they’re going through a hard time is really important.

DON’T: Be too proud to have a bad day

Just because you’re the boss doesn’t mean you’re not human. There’s a reason pre-flight safety demonstrations tell you to sort your own oxygen mask out before helping anyone else – if you’re not feeling tip-top how are you supposed to effectively support and guide a team? While you’re unlikely to lean on your team for emotional support, there is no harm in admitting that you’re having a crap day and that you might not be a font of overflowing strength and positivity that particular day. It’s OK to feel that way, it’s just another way to lead by example – as is picking yourself up, dusting yourself off and starting afresh the next day.

Lockdown Literature: The Best Business Books to Come Out of 2020