The Crucial Commandments of Online Meetings 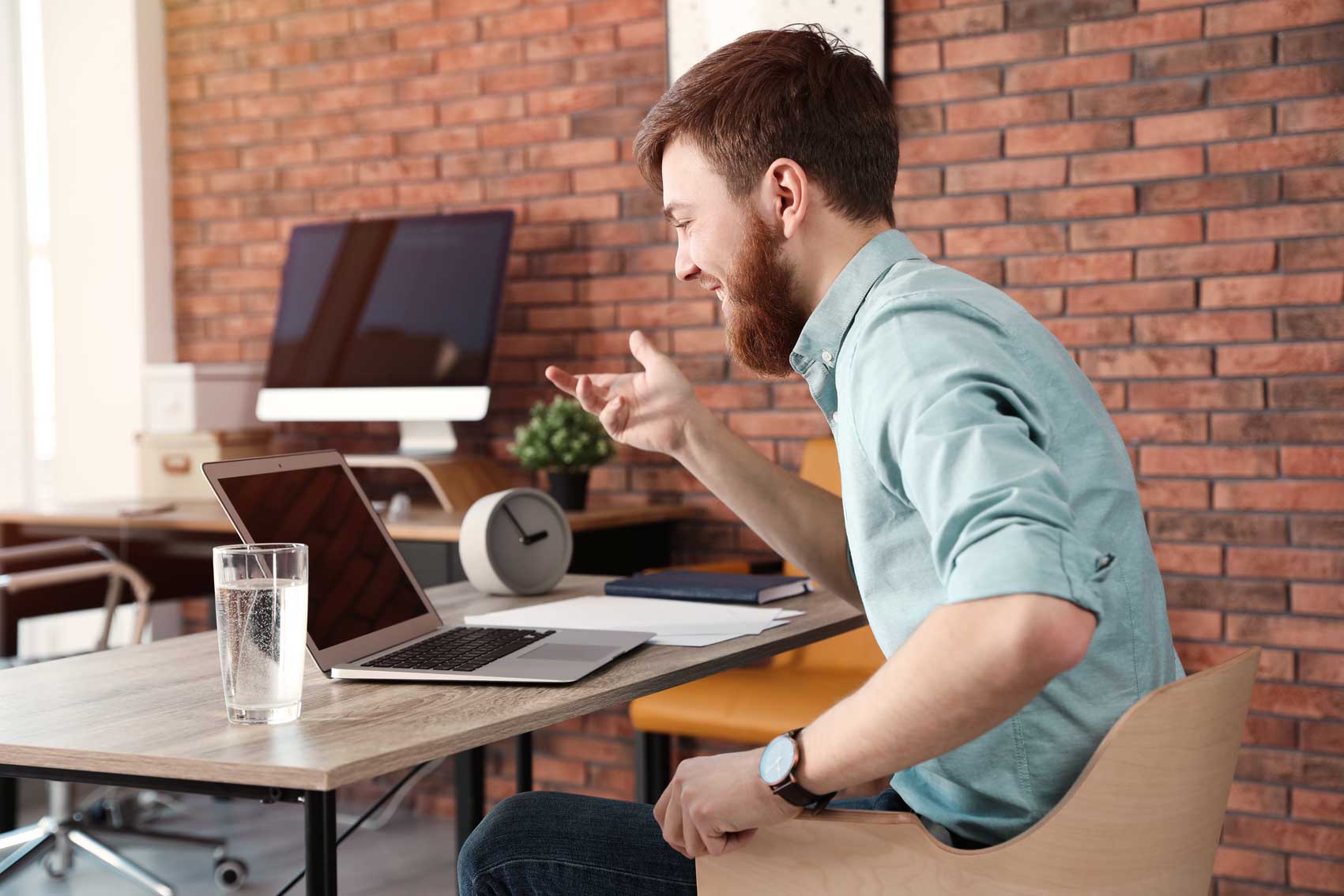 The crucial commandments of online meetings: how to get the best out of everyone involved

As anyone who’s ever been paged through to a flurry of overlapping introductions on a faceless conference call will testify, meetings over the phone can be awkward at the best of times. But, as the soulful sentiments of Bob Dylan foresaw, times they are a-changin’ – regular and effective communication with clients is now more important than ever and, thanks to technology’s ceaseless advances, communicating with clients online is easier than ever. Of course no one’s there for an aimless chit chat, so although the formality of sitting around a table, notes in hand, can be done away with, conducting a productive meeting that leaves every party feeling accomplished still requires strategy and planning. Here’s how to get it right.

Straight off the bat – these are the six commandments of online meetings:

It all starts with the invite

Consider your meeting invite a first impression – you want to make a great one, so make sure you overthink all of the basic details: date and time are obvious inclusions, but is your client in the same time zone? If not, adjust the time on their invite accordingly. Make sure everyone attending the meeting knows who everyone else is and what their role is, and be sure to include all of the practicalities like the link to your meeting platform and any IDs or codes that may be needed along with instructions on when they’ll be needed. It’s also a good idea to include a quick guide to what you’ll be discussing and, if at some point on the agenda this means going through a specific financial report from a previous year for example, mention it in the invite so your client has it to hand.

Keep the numbers down

As tempting as it is to get every person involved in a project to huddle in for an online meeting, it’s not always the most productive move. A classic case of too many cooks spoiling the broth, not only does it use up valuable employee time that could be best used elsewhere, but it’s also very distracting – a recent survey showed that 56% of women and 53% of men admitted to not paying full attention during group meetings, with 50% overall further admitting to doing a sneaky bit of internet shopping while the meeting was taking place. Keeping your invite list to a minimum should ensure that everyone involved is actively contributing and neither distracted nor distracting when not speaking.

Although you don’t need a full-on minute-by-minute schedule, it is a good idea to send out a loose agenda before the meeting, so that everyone can have a think about their most pressing points and the conversation can be kept on track. It’ll also double up as a to-do list, both during the meeting and in retrospect where any actions taken or decisions made can be noted once the meeting ends. If your meeting looks like it’s going to be a long one, having a rough timetable to reference beforehand also means that team members can dip in and out, only taking part in conversations that are relevant to them and so using everyone’s time more effectively.

This sounds ridiculously simple because it is, but you’d be surprised how many people don’t actually introduce themselves during online meetings because they presume other attendees can just work it out as the conversation flows. Say hello and let everyone know what your name and role is – not to get all ‘motivational team building’ on you (*shudder*), but if there are lots of people participating in the meeting who don’t know each other, some sort of icebreaker can kick start a positive, relaxed mood. While I wouldn’t recommend a quick round of Cards Against Humanity, if you can stomach it, a little ‘getting to know you’ question like ‘three words that best describe your personality’ or something similar can remove social barriers and shyness in a jiffy.

Video conferences can be far more visually exciting than a group of huddled heads if you want them to be and according to stats, while adults only retain 10% of what they hear and 20% of what they read, this jumps to a whopping 80% in terms of what they see, so using visual props will not only make your meeting more informative, but hugely more memorable too. Most of us are visual learners and 90% of information sent to our brains is visual, so get some graphics and descriptive videos involved, and use screen sharing wherever possible.

As with face-to-face meetings, your online conference doesn’t stop when you say goodbye -to make sure everyone involved gets the most out of the discussion and to ensure that any action points are followed up on, you need to get back in touch soon after the meeting ends. Although this doesn’t mean a drab, chronological, bullet-pointed set of emailed minutes in which everyone who’s anyone is CCd, there’s also not too many ways you can dress up an email, so don’t attempt to rewrite the rulebook… A follow-up email is the most effective way to address any unanswered questions from the meeting, touch on the next steps and remind attendees of anything you need from them and when, but ‘touch on’ is the operative phrase here. Everyone was there, and everyone was listening/watching, so everyone is likely aware of what needs to be done and when as a result of the meeting – make your modern-day minutes informal, concise and positive to get the best response.

Avoiding Business Burnout: 7 Tips to Make Time for ‘Me’

UK Chancellor’s Spring Budget: Will It Affect Your Business?